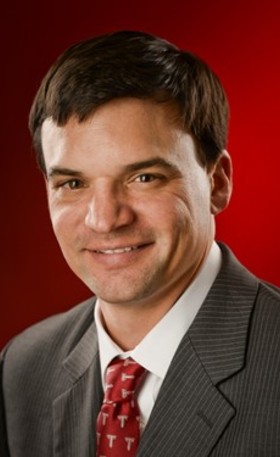 Neal Brown, one of six FBS coaches to win 10 or more games in each of the last three years, has been named West Virginia University's 35th head football coach.

Brown has spent the last four years as the head coach at Troy University, compiling a 35-16 record, including 3-0 in bowl games. The Trojans posted a 31-8 record (.795) over the past three seasons, tying for the highest winning percentage nationally among non-Power 5 schools. Troy has won 17 of its last 20 games and 22 of its last 26. After directing the Trojans to the 2017 Sun Belt Conference Championship, Brown was honored as the league's coach of the year.

During his highly successful tenure at Troy, Brown's signature wins included a 24-21 victory in 2017 at then-No. 22 ranked LSU in Baton Rouge, which snapped the Tigers' 49-game non-conference home winning streak and a 24-19 win at Nebraska on Sept. 15, 2018. Also impressive was his team's narrow 30-24 loss at eventual 2016 national champion Clemson.

In 2018, Troy finished 10-3, including a victory over Buffalo in the Dollar General Bowl in Mobile, Alabama. The Trojans finished 7-1 in conference play and won five of their last six games to finish the year.

The 2017 campaign featured an 11-win season for Troy, including a win over North Texas in the New Orleans Bowl. The Trojans once again finished with a 7-1 conference mark, earning Brown his first conference championship. Troy finished the season with the 27th most votes in the final Amway Coaches Poll, marking the highest final ranking by a Sun Belt Conference squad in league history.

Troy finished 10-3 in 2016, including a 6-2 mark in the Sun Belt and a victory over Ohio University in the Dollar General Bowl. The Trojans became the first Sun Belt Conference school to ever open a season with eight wins in its first nine games, and they became the first league school to appear in a major top 25 poll, checking in at No. 25 in the Associated Press' Nov. 13 poll. Additionally, Brown's 2016 squad tied for the best turnaround in the country (6 wins).

Prior to Brown's first season at Troy in 2015, he spent two years (2013-14) as the offensive coordinator under Mark Stoops at Kentucky. Under his direction, he led the Wildcats to some new heights on the offensive side of the football. The Wildcats posted over 440 yards of total offense in three Southeastern Conference games in 2014, its highest total since 2001.