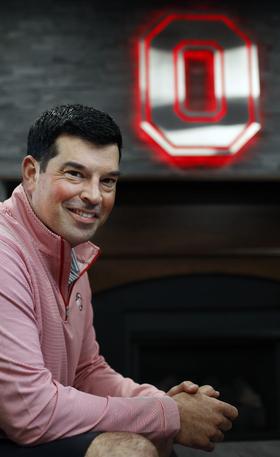 On August 1, 2018, he was named acting head coach at Ohio State when head coach Urban Meyer was placed on administrative leave after alleged domestic violence incidents against then-fired assistant coach Zach Smith were made public, winning all three games during Meyer's absence.

On December 4, 2018, Ohio State announced that Meyer would retire as head coach after the 2019 Rose Bowl and be replaced by Day on a full-time basis. This will be Day's first full-time head coaching job.