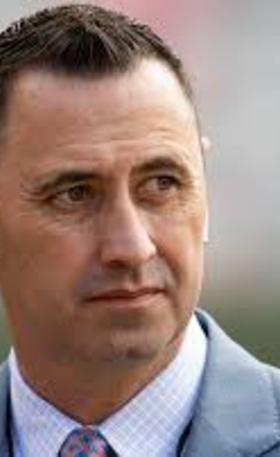 The 2020 Broyles Award winner (best assistant coach in college football) as offensive coordinator at Alabama, and the former head coach at USC and Washington, Steve Sarkisian was named the 31st Head Football Coach at The University of Texas on January 2, 2021.

In the past two seasons as the offensive coordinator and quarterbacks coach at Alabama, Sarkisian was the architect of 24 straight games in which the Crimson Tide’s offense scored 35 or more points, the longest streak in major college football history. Despite coming up just short of that in a 31-14 win over Notre Dame in the College Football Playoff semifinals, the victory propelled Alabama to the National Championship Game where they defeated No. 3 Ohio State, 52-24.

This season, Alabama's offense ranked second in the nation in scoring and led all Power 5 schools with 48.5 points per game, which set a school record and included five 50-point games against Southeastern Conference competition. The Crimson Tide became the first team in league history to record five such games in a single season in conference play. The Tide followed that by posting 52 points against Florida in the 2020 SEC Championship to earn the No. 1 seed in the College Football Playoff. They later matched that total in the National Championship Game.

Alabama led the nation in third-down conversion percentage (58.9), team passing efficiency (198.99) and completion percentage (76.2), led by Heisman Trophy finalist and Davey O’Brien Award winner Mac Jones, who posted the top individual ratings in passing efficiency (203.1) and completion percentage (77.4), as well. The receiving end of the nation's No. 3 passing offense (358.2 ypg) featured the Heisman Trophy winner in DeVonta Smith, who led the nation in receiving yards (1,856) and receiving touchdowns (23), and was second in receiving yards per game (142.8 ypg) despite missing the second half of the National Championship Game due to injury. Along with the Heisman Trophy, Smith claimed the Walter Camp Football Foundation Player of the Year Award, the Maxwell Award and the Biletnikoff Award.

The offense also boasted the nation's leader in rushing touchdowns in Doak Walker Award winner RB Najee Harris with 26, while Harris was third in rushing yards (1,466) and 13th in rushing yards per game (112.8 ypg). Harris finished fifth in the voting for the Heisman Trophy to make Alabama the second team ever to place three players in the top five of the same Heisman vote, joining 1946 Army with Glenn Davis, Doc Blanchard and Arnold Tucker.

Blocking for that group was an offensive line that won the Joe Moore Award and was anchored by two first-team All-Americans in Outland Trophy winner LT Alex Leatherwood and Rimington Trophy winner C Landon Dickerson. Jones, Smith and Harris have all received first-team All-America honors, as well. As a team, Alabama ranked fourth in the nation in total offense at 541.6 yards per game to break the school record.

The 2019 Alabama offense averaged a school-record 47.2 points per game, which ranked second nationally, while averaging 510.8 yards per game, which was sixth nationally and is currently second on school record. Quarterbacks Tua Tagovailoa and Mac Jones combined to throw for 4,449 yards and 49 touchdowns which equated to a school-record 342.2 passing yards per game that ranked third nationally. Alabama’s 199.61 passing efficiency rating was not only a school record, but the second-best mark in NCAA history. Smith ranked fifth nationally with 14 receiving touchdowns and 11th with 1,256 receiving yards. The receiving corps also featured Jerry Jeudy, who was 25th (10) and 20th (1,163) in those categories, respectively. Harris was also in the top 25 in rushing touchdowns (21st/13) and rushing yards (1,224). Jeudy and Leatherwood both earned first-team All-America honors, while Smith and OT Jedrick Willis were tabbed second-team All-America. Four members of the Crimson Tide offense went on to be drafted in the first 15 picks of the first round, including Tagovailoa (No. 5/Miami), Willis (No. 10/Cleveland Browns), WR Henry Ruggs III (No. 12 Oakland Raiders) and Jeudy (No. 15/Denver Broncos).

The past two seasons marked Sarkisian’s second stint at Alabama after serving as an analyst for most of the 2016 season before being promoted to offensive coordinator for the 2017 College Football Playoff National Championship Game.