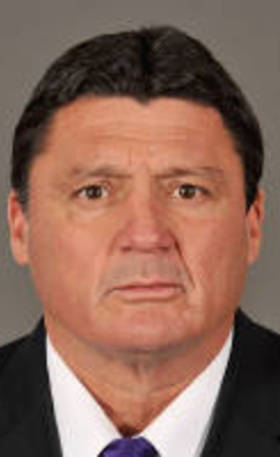 Ed Orgeron grew up a Tiger fan. He developed a passion for the Tigers at an early age, becoming a fan of some of the all-time LSU greats in the 1970s. Players like Bert Jones, Ronnie Estay, Tommy Casanova and Charles Alexander ignited a purple and gold fire under Orgeron that still burns today.

Now in his second full season as head coach of the Tigers, Orgeron has leveraged his passion and love for LSU into a determination and drive that sees him spend nearly every waking moment focused on LSU football and his vision for the program. Winning championships will always be the goal for the program, but it's what Orgeron and his staff are doing to develop and mentor players off the field, in an atmosphere that fosters inclusion and accountability, that will ultimately set Tigers apart.